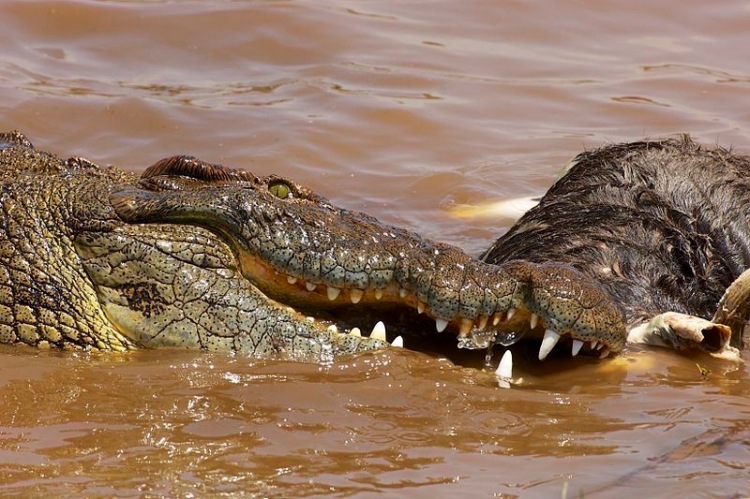 For the next two nights, Sonsee curled up by her locked door waiting for Ana’s return. But the lonely days passed with only a visit from M’Lady who brought fresh clothes, food and water to wash up. Sonsee protested her imprisonment, but M’Lady was firm.

“Prayer and contemplation,” M’Lady replied. “Pray for humility and contemplate on that which has been ordained, on your new life as Priestess to the Mighty One.”

Sonsee’s mood alternated between hopeful, then angry, then distraught. All she could do was pace around her small dark room, finger the woven amulet, and wonder why she had been brought here.  By the end of the second day she knew every crack in the aging plaster wall, every scuff mark in the dirty floor. Behind the bed, she found scratch marks. Has someone else been imprisoned here counting the days. Next to them, she added her own marks. Surely my father would find me, surely he will come soon.

“Tell me about my mother,” Sonsee said when finally Ana returned. “I barely remember her name. My father forbade us to speak it, once she died.”

“Iona, we knew your mother as Iona. She landed on our shores many years ago,” Ana began. “She had been ship wrecked in a violent storm, she once told me. She and her friend Nanna had clung to boards and to each other until they came upon our island. With the last of their strength they kicked fiercely until they could swim to shore.

“There they built a fire to dry and keep warm. They were found by a Priest of our order. Your mother was tossing small blocks of wood and then speaking softly to Nanna. Intrigued, the Priest watched the two of them for a long time. Only after they finally fell asleep did he come here to find Lady Khyan.

“Things were different then. Lady Khyan was kindly and she welcomed those in need. So it was not a surprise to any of us when your mother and Nanna were brought to stay here with us. They had nowhere else to go. We looked upon them as sisters, not taking our vows but living as one with us in our community.

“Your mother was a Master Weaver when she came to us and she it was who set up our weaving shop. Nanna worked in the clay works studio, turning out finely detailed pieces in colors nobody had ever seen before. She said the magic was in the fire. It transformed even the most ordinary piece into something extraordinary.”

Sonsee fingered the ceramic shell attached to her amulet. Had Nanna made that?

“I was your mother’s first student. And, oh Sonsee, the pieces she wove. Whether with the finest silk threads or rags, your mother made magic with every weaving. Her work was highly prized at the market. And that was where she met your father.

“We went to the market once every week, your mother and I. I was but a girl then, hardly older than you are now.

“But then lady Khyan died. Some whispered by evil magic, but I do not know. M’Lady was voted in, again I know not how for she was not well liked. Things changed. Lady Raichael, M’Lady, demanded higher and higher prices at the market and scolded us if we could not sell our wares.

“It was then that your mother and Nanna decided to leave the community. Your father wanted to marry Iona and she was smitten by him, too. She agreed. Nanna, well, she was like a sister to Iona and would not be left behind. So the two of them agreed they would leave together.

“When M’Lady heard of this, she was furious and refused to allow your mother out of the temple. Only Nanna could go to the market.

“Now it was not unusual for young men to offer a dowery, or more of a donation really, when a sister left us to marry. M’Lady had other ideas. She haggled and haggled with your father and when he finally offered enough, she agreed. Then she sent only Nanna, insisting Iona was not part of the bargain.

“That was when M’Lady threatened your mother. M’Lady wanted those tiles and even though your mother said they were but a child’s game, M’Lady insisted. The price of her freedom was those tiles and the knowledge of how to use them. Your mother refused and her room was searched, but the tiles were not found. That same day your mother was moved to this attic room, allowed to leave only when she taught her classes.

“M’Lady even set us to spy on her. That was when your mother started the amulet. I came upon her by accident when she was chanting a freedom spell while dying some wools. She begged me not to tell anyone. They would throw her to the crocodiles if they knew.

“Iona worked for many weeks on your amulet, but only between classes or when I was having a private session.  It was very strange because your mother sat on her stool weaving it, then unweaving it, then re-weaving it again. I never knew why. She was a master weaver and she was making such silly mistakes, then correcting them over and over again.

“And then one morning, she was gone.”

There was a long silence. Sonsee wondered about the marks behind her bed. Had her mother made them. One hundred days, her mother must have been locked in here 100 days.

“Were there other girls like me, held against their will.”

“Yes, child, there were and are still. When Kyhan was the Lady, we all came of our own free will and only after reaching our womanhood, the age of  consent. But when M’Lady took over, she stopped accepting all who felt the calling, picking and choosing those with the most talent, those who would help fill her coffers the most. She said the others were a ‘drain on her resources’ and turned them away.

“But even that was not enough. Soon she spotted talented girls at the market and, if their parents were poor, she offered food and money in exchange. Many accepted. Those that did not found their daughters gone. Pirates were blamed but never caught. Most who were brought here became Priestesses, but those few that would not, well they have not been seen again. Sonsee, do as they say, you cannot escape here.”

“No, child, your father thinks you are dead,” Ana replied, sadness in her voice. “He will bury you tomorrow.”

“But that cannot be. I am here and alive.”

“The Head Mistress told him you ran away from your man-servant and fell into the river. The crocodiles had ravaged the body they brought to him. The poor girl was unrecognizable. He had to believe her.”

“But that is a lie. Did Gryffud not tell him that?”

“The Head Mistress told your father that you ran out the back of the school and to the river. Then slipped on the muddy bank and fell in. She said that she and her nephew chased after you but the crocodiles took you first. She said she beat them away while her nephew jumped in to try to save you, but it was too late.”

Sonsee ached for her father and Nanna. And for herself. They would never come for her now.

Ana continued. “Listen to me. You must go along with them. Learn what they have to teach. Become one of us. It is your only hope. But whatever your mother taught you, do not let them know. Your best chance is to give them hope you will one day come to the visions and see what it is they want to know.”

“Weaving spells and divination? I know nothing of those things. Nor do I want to.”

“Then pretend. So you can live.”