Last December I wrote a blog about Pillar 43 at Gobekli Tepe and equated “those pesky purses” found at the top with containers for lost knowledge and those holding them as knowledge bearers.

Here is some background:

Graham Hancock first brought up the subject in his book Magicians of the Gods (2015). He was writing about Pillar 43 at Gobekli Tepe. As Graham Hancock pointed out, the containers, or banduddû can be found in Babylon and are associated with the Assyrian Apkallu: 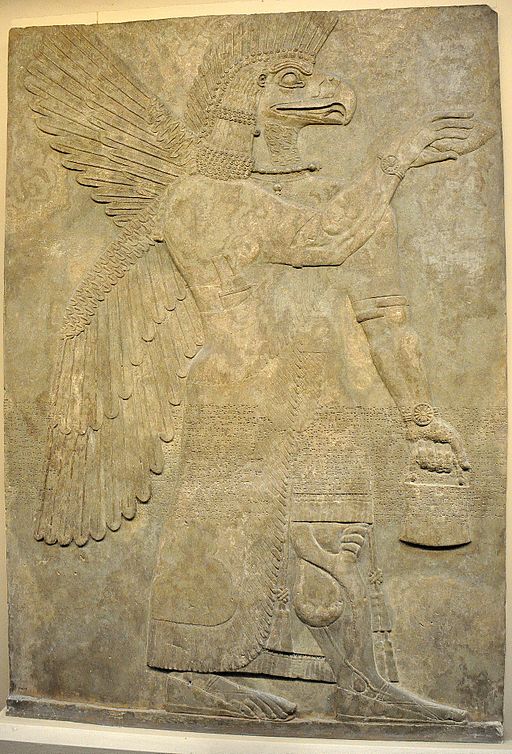 And they are found in South America, most notably on the La Venta Stele:

Here is some new information:

Freddy Silva has written an article for the Ancient Origins website and he has more to say about the “knowledge” these “pesky purses” contain.

His article,  Banduddû: Solving the Mystery of the Babylonian Container is in the member’s section and not generally available to the public, so I will summarize his main points as they relate to my previous blog post. (If you have not checked out Ancient Origins website, do so. You do not have to be a “member” to subscribe and get some really enlightening articles—just not this one.)

In his article, Freddy Silva makes note of the many depictions of the Apkallu around fruit trees: 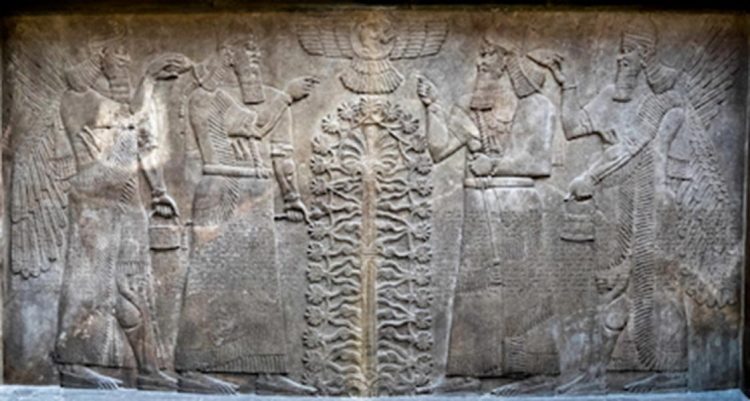 He equates the tree with the Tree of Knowledge, so famous for bearing the fruit of forbidden knowledge. I would agree. I also see this as an earlier version of the Qabalistic Tree of Life which has three columns and side “spheres:”

Copyright 2002-Servants of the Light (Used with permission)

We find the Tarot key of the Fool, carrying his “pesky purse” from Kether—the white sphere—to Chokmah—the grey sphere.

From Rider-Waite-Smith deck. No longer under copyright.

Now take a look at the object held up by the Apkallu: 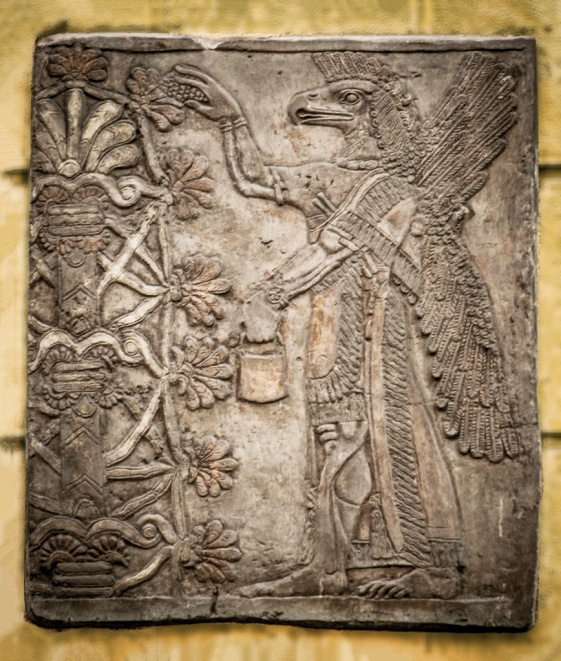 Freddy Silva identifies them as the pomegranates, the forbidden fruit of the Tree of Knowledge. I disagree. I see them as pine cones, representative of the pineal gland, long associated in mystical literature with third eye, and with the ability to “see beyond….” The pinecone is associated with hidden (but not necessarily forbidden) knowledge.

Note the serpents on several of them and compare that to the man surrounded by the serpent on the La Vente stele: 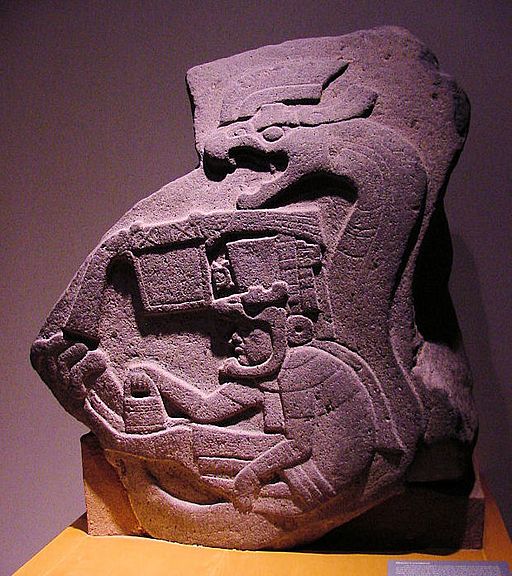 Snakes and serpents are a symbol of regeneration, rebirth as Mr. Silva aptly points out in his article. But serpents are also a symbol for kundalini. Now consider the pinecone as the pineal, the “destination” of rising kundalini, as that which awakens the powers of the pineal.

Finally, to quote Mr. Silva, “…the mysterious banduddû seems to be associated with a form of restricted knowledge that links the mortal world with that of the gods.” I quite agree, but for somewhat differing reasons.

He then goes on to postulate that Gobekli Tepe was, among other things, a special “classroom.” Perhaps it was more than that—perhaps it was intended to help preserve and share this special knowledge.

Note: There is so much more in this article than I have illustrated here. I have only touched on some of the major points.